Cholera is one of the most common and preventable foods and water-borne disease prevalent in our environment which affects the adult population. It is increasingly being fuelled by the dynamics of the urban lifestyle and environmental disruption and internal displacements because of the insurgency, climatic changes, and flooding could leave us with no better option.

Cholera is a severe diarrheal disease caused by consumption of food or water contaminated with the bacterium; Vibrio cholerae. Epidemic cholera is caused by infection with toxigenic Vibrio cholerae serogroups O1 or O139. According to CDC (2021), it is a major cause of epidemic diarrhea throughout the developing world. In 2017, a total of 34 countries reported a cumulative total of 1 227 391 cases including 5 654 deaths (case fatality rate of 0.5%) to the World Health Organization (WHO) 1. Cholera is underreported, and as many as 2.9 million cases, and 95,000 deaths are suspected to occur each year (

In Nigeria, cholera is an endemic and seasonal disease, occurring annually mostly during the rainy season and more often in areas with poor sanitation. The Federal Ministry of Health reported 37,289 cases and 1,434 deaths between January and October 2010, while a total of 22,797 cases of cholera with 728 deaths and case-fatality rate of 3.2% were recorded in 2011. Outbreaks were also recorded in 2018 with the Nigeria Centre for Disease Control (NCDC) reporting 42,466 suspected cases including 830 deaths with a case fatality rate of 1.95% from 20 out of 36 States from the beginning of 2018 to October 2018. ( Vaccination of vulnerable groups will go a long way in reducing the morbidity and mortality.

Since the beginning of the year 2021, 10,833 suspected cholera cases have been reported with 112 confirmed cases and 289 deaths. In the last one month, an increasing number of cholera cases has been reported across states. The most affected states are Plateau, Bauchi, Gombe, Kano, Zamfara, Bayelsa and Kaduna (NCDC, 2021) 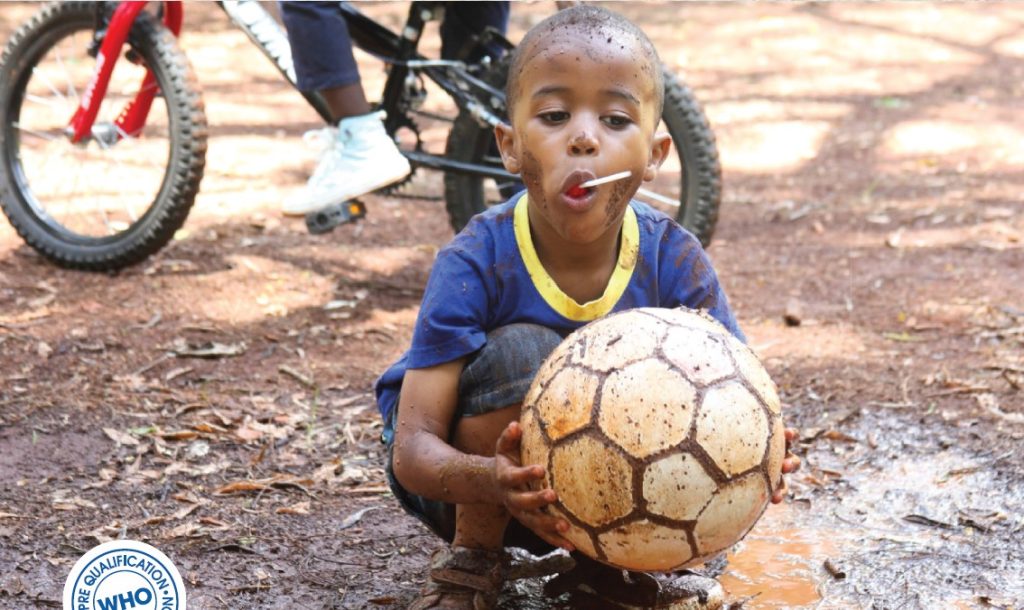 In addition to improving sanitary conditions and provision of potable drinking water, the WHO has stated that the oral cholera vaccines have proven to be effective in preventing and controlling outbreaks of cholera. Cholera outbreaks result from water source contamination, flooding, rainfall, refugee settings and gatherings of people, thereby leaving people from all works of life at risk.

WHO IS AT RISK?

People living in poor sanitation and with a lack of clean drinking water.

Blood group O is known to be associated with increased vulnerability to severe cholera (cholera gravis) [Ref: WHO position paper on Cholera vaccines. No. 13,2010, 85, 117-128. Available at

Risk of infection is highest for travelers who are traveling to countries where cholera is endemic or there is an active epidemic [Ref: Yellow book 2016. Available at

Travelers who follow the usual tourist itineraries and who observe safe food and water recommendations and hygiene precautions while in countries reporting cholera have very low risk of acquiring cholera.

ASK YOUR DOCTOR, PHARMACIST, OR NURSE FOR AN ORAL CHOLERA VACCINE TODAY

Sanofi Pasteur: the vaccines division of the Sanofi Group, is the largest company in the world devoted entirely to human vaccines. Our driving goal is to protect people from infectious diseases by creating safe and effective vaccines. The world over, we work closely with organizations to promote the health of their employees, increasing productivity and reducing operational costs due to avoidable absence from work and treatment expenses.

No mercury in vaccines administered on children