Muigai was recognised alongside Mercy Achieng of Identity Newsroom under the media category.

Scars of the Vote, a feature story highlighting the lives of four post-election violence survivors, aired on Citizen TV on May 8 and received many votes topping the media category.

“We did it! We won the SDG Media Award 2022. Thank you to everyone who took their time to vote and to the entire team at Citizen TV that made the winning story Scars Of The Vote possible,” she stated after emerging the winner. 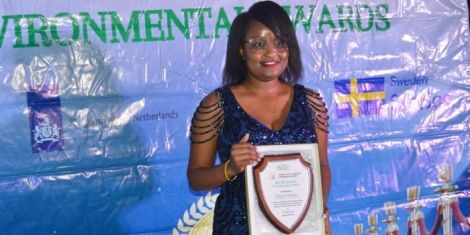 Raquel Muigai poses for a photo with her award during the 2022 African Climate Change and Environmental Reporting (ACCER) Awards in Kigali Rwanda on June 24, 2022.

“In recognition for outstanding contribution on SDGs implementation under media category,” Muigai’s certificate read in part.

Muigai, who now works for Africa Uncensored, exposed how some families were compelled to relocate due to election-related violence.

The Scars of Vote raised questions regarding election-related peace and justice initiatives.

Her feature also raised concerns about whether the government was prepared to lay out concrete strategies and policies to protect Kenyans during the election period.

While defending her selection for recognition, the UN, which promotes sustainable development in the country, argued that Muigai promoted inclusivity ahead of the August 9 polls.

“The story speaks to SDG 16 on peace, justice and strong institutions specifically in promotion peaceful and inclusive societies for sustainable development, provide access to justice for all and build effective, accountable and inclusive institutions at all levels,” UN through SDGs stated. 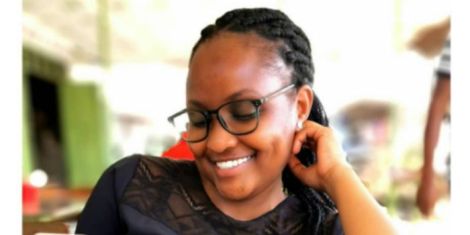 EPRA Flags Six Habits That Cause Gas Explosions at Home