Owning a car is a dream for a large section of Kenyans, with vehicles slowly turning into a necessity, far away from the luxury they were initially thought to be.

As the demand for vehicles soars, only a fraction can afford to buy vehicles from showrooms forcing them to embrace second-hand cars.

However, the second-hand vehicle market is flooded with crooks: men and women who sell unroadworthy vehicles to unsuspecting buyers by concealing the accident history.

Kenyans.co.ke spoke to two car experts who disclosed some of the red flags for a car that has been involved in a road accident. 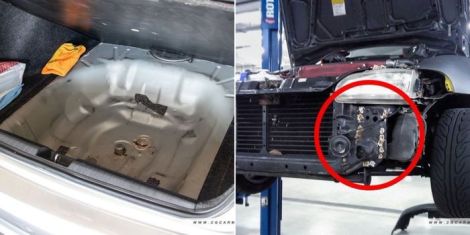 A collage of welded parts of a vehicle.

Miller Kyalo dispelled myths associated with vehicles which had been involved in road carnage.

“There is nothing wrong with buying such cars because it is nearly impossible for a vehicle which is consistently on the road to be accident-free. The issue is the magnitude of the accident and the job done afterwards,” Kyalo explained.

He listed the quality of paintwork, different colour paints, overlapping body parts, new body parts and a bent chassis. Inside the vehicle, the seat belts can serve as great indicators.

“Most vehicles have the date of manufacture engraved on the safety belts. This should correspond with the one indicated on the vehicle,” he noted.

A mismatch is an indicator that the seat has been replaced. His sentiments were shared by mechanic Jonah Kale who detailed indicators on the vehicle chassis.

“When you open the bonnet, a quick look at the radiator panel has undergone any panel beating will tell you that the car has been involved in a serious accident,” Kale stated.

He advised new car buyers to do a thorough cross-check on the vehicle with the help of a mechanic. The motor vehicle guru also revealed a new method used to conceal fabrications on the chassis.

“They use raptor paint, which covers any welding marks on the metallic parts. It would require a lot of time to check for such, which car buyers often do not have,” he added.

Other indicators include tampered-with or missing airbags. However, both mechanics maintained that written-off vehicles remain a no-go zone.

Kyalo added that physical damage to the car was not the only concern that prospective buyers should be worried about.

“My car was repossessed because a passenger had been knocked down by the previous owner who had won the case and was awarded damages yet the owner had not informed me,” he added.

Consequently, he advised all buyers to sign an agreement witnessed by a lawyer so that they are alleviated from any trouble linked with the car before purchase. 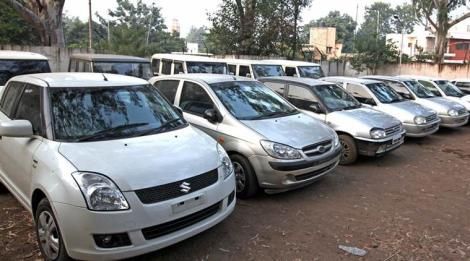 File photo of used cars in a yard