While conceding defeat in the Bungoma senatorial race on Friday, December 9, Mabonga maintained that Wetangula and Ruto were on good terms despite battling in the race.

H insisted that Ruto’s United Democratic Alliance (UDA) exercised its right by fielding him as a candidate in Wetangula’s backyard.

“Here we were just exercising our democratic right as an individual and as a party,” Mabonga stated. 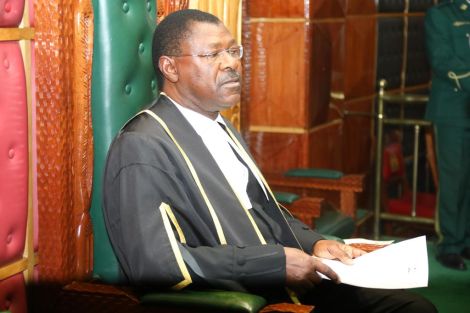 National Assembly Speaker Moses Wetangula during a past parliamentary sitting.

Other unsubstantiated reports alleged that Wetangula had defied Ruto in his bid to field a candidate despite Kenya Kwanza helping him clinch the National Assembly speaker’s seat.

Mabonga dispelled all the claims insisting that Kenya Kwanza did not reach an agreement on fielding a specific candidate and each party was allowed to support their own.

However, he castigated Wetangula, insisting that the speaker went against the law to drum up support for Wakoli.

Mabonga maintained that Wetangula was expected by the law to remain non-partisan due to his role in Parliament.

“It is very clear that what he was doing was against the law. I have even indicated that in my statements that it was malpractice,” Mabonga stated.

“The National Assembly will be question him at the right time. Because the leader of the house must be non-partisan. He should not have engaged in campaigns,” he added. 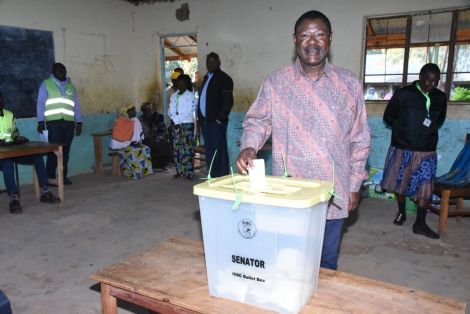 Jane Marriot: I have not endorsed any presidential candidate