Barely months after taking over as the Directorate of Criminal Investigations (DCI), Director Amin Mohamed resolved to re-introduce an elite squad of officers that would match armed robbers terrorizing  Kenyans – sharp shooters.

On Wednesday, November 23, Amin announced that the DCI was recruiting marksmen and women to join a special squad, targeting officers from the General Service Unit (GSU) and the Anti-Stock Theft Unit (ASTU).

Kenyans.co.ke took a background check to establish who sharpshooters are and why they are the group that the DCI boss has confidence in to tackle armed robbery in Nairobi and Kenya as a country. 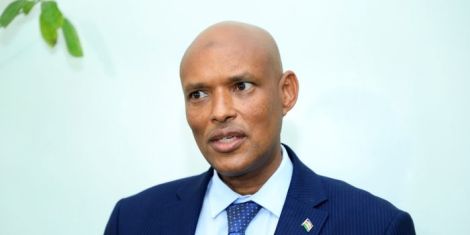 An image of new DCI boss Amin Mohamed Ibrahim at a past press event.

Sharpshooters are men and women who demonstrate mastery in handling assault weapons ranging from hand guns to weapons.

The top female sharpshooter is  DCI cop Agnes Wachechi Muchiri (ESP) and GSU officer Belinda Akoth (SSP), who emerged among the best in shooting range competitions held between 2021 and 2022.

While the top shooters include ordinary citizens who are licensed firearm holders, the majority are trained officers who are members of the National Police Service or the Kenya Defence Forces.

Speaking during a past interview, Muchiri noted that she joined the police service in 2009 and developed interest in shooting while at the Kiganjo training collage.

She was deployed to Mombasa, where she joined the team of shooters from the region and was coached by Irungu to better her skill set.

“Before you can handle a weapon, you are instilled with discipline both physically and emotionally.  The secret to become great is practise,” Muchiri reiterated.

Akoth, a GSU trainee, expressed confidence in the programme – one that she carried along with her during the continental competitions.

“Trust me, we will win, they cannot beat us. They don’t know how we do it hear. In Kenya. we have the best instructors and facilities and as such we do not have a reason to fail,” she stated. 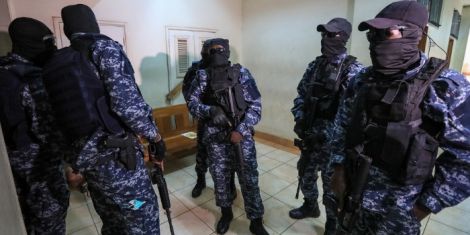 Sharpshooters are deployed to various agents such as DCI, GSU, ATPU, ASTU while those trained under KDF are sent to international assignments.

Edward Legei, who died in 2020 was dispatched to the presidential escort. A team of sharpshooters drawn from multi-agencies can be assembled to tackle specific concerns.

In January 1996, former President the late Daniel Moi ordered for the formation of Alpha Romeo, a team of marksmen led by Daniel Seronei.

A sharpshooter by training, he utilised his skills to bring down one of the most feared criminals – Wambugu Munyera alias Wanugu.

“Upon seeing him, my informer ran away. He tried to use the woman he was with as a human shield but I managed to gun him down,” Seronei stated.

While marksmen are expected to be the most upright officers, a few stray away from their mandate. A member of Seronei’s squad became an outlaw forged ties with thieves.

The organised the carjacking of the them speaker of the National Assembly Francis Ole Kaparo, which left his driver injured.

In 2021, trained sharpshooter Caroline Kangogo stunned the country when she went on a killing spree that left two of her colleagues dead before she died by suicide. 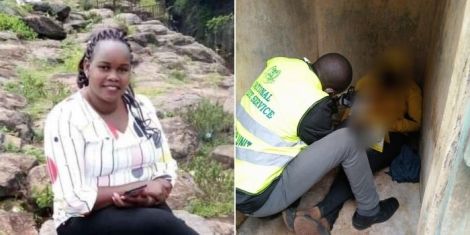 The late police officer Caroline Kangogo. She was found dead at her parent’s bathroom on Friday morning, July 16